The internet is backwards 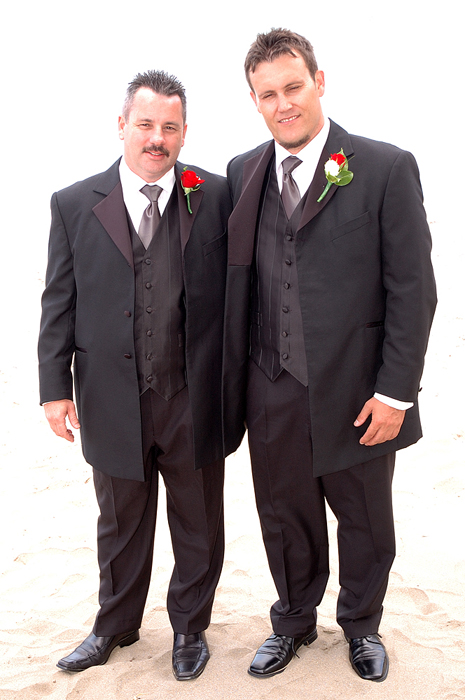 Not only only is the internet backwards, it's becoming even more so every day.

I have a web server at home, you connected to it just now to download the image above. (Very) briefly, you were virtually actually inside our house. On the server I'm storing our photos (Raw and processed) and my writing, and a huge bunch of code I've written. There is a stack of legitimately purchased music (in most cases I've now purchased it multiple times on different formats, the music industry fucking owes me as far as I'm concerned). And there is a huge pile of geek data I've collected for the last 10 years.

All of this content I can fiddle with whenever I like, it belongs to me and I can publish it how I like. It was pretty simple to agree to my Terms and Conditions of use. My EULA was completely acceptable to me.

But then I read stuff like this. Thomas Hawk is also always banging on about Flickr closing people's accounts with no notice. Scoble even regularly brings up the subject. Just last week Facebook has had to do a uturn on it's terms and conditions because the hordes were revolting.

This isn't going to get any better. The "cloud" is all the rage with every startup vying to get you to upload your content to their website so that they can make money off it. But why is it that stuff that belongs to me is not actually under my control at all. Why does some kid in Silicon Valley have more power over my photos than me just because I publish to their platform?

For years, I've been thinking the internet is backwards. I've had it up to here creating yet another account on yet another website so that I can be part of the next big thing. Not to mention I have to create those accounts to protect my Global Micro-brand. But to tell you the truth, I just want all my content here, in my house, where I can use it anyway I choose without any fear what so ever of it being cut off for any reason. But I also want to share it with the world.

So, how about we turn the internet around the right way. Yeah Facebook, Twitter, Flickr and Linked in can all exist, they need to, that's the where the community benefit of the internet exists, but they should get a replica of the content I want to publish there, they should not be the source.

How about someone creates a home server application that allows me to store everything I have locally, but also allows me to extend any subset of it I choose out to those sites using OpenId and their respective APIs? All the community aspects, comments, feedback, taggings, superpokes etc can be fed back to my home server so that I still have that content.

If any of those sites chops off my account, then no big deal, I've lost nothing other than access to the community. They still get to make money off me, but the price is not so high to me personally.

Microsoft Home Server and Xbox and the PS3 and NAS with smarts on-board and any number of other consumer solutions are becoming common in homes now. This isn't a bleeding edge idea useful to only people that can host a linux server at home like me.

This will give us the power back and remove Facebook and Flickr and all the bloody others from controlling our content. Surely that is what the internet is about?

Last year (November I think) I photographed Cara and Sean's wedding. I've been dreading looking at the photos because I got the feeling when I took them I wasn't doing my best work. People (Cara and Gabba) have been nagging me to process them for months. Finally Gabba invited Sean and Cara around for a meal on Saturday which meant there was no way I was going to escape looking the photos. Thankfully they weren't as bad as I thought. Although, as above testifies, it's an almost great shot, just like the other 109 photos that were worth handing over to them.

Anyways, one of the rules about me photographing weddings, is I get dibs on one of the photos to publish on my blog forever more, controlled my me, with no other bugger capable of taking it away.