Every website needs an about us, this is that.

So what the heck is this all about

This is the website of Dave and Gabriel. But mostly Dave's because he's the only one that adds any content. They live in supreme happiness and contentedness in North Shore City, New Zealand.

This about page explains some things. And of course is written in the obligatory third person that all "about" pages seem to be written in.

Who is Dave and Gabriel?

Dave works for a digital production company, where he is the Technical Director.

Gabriel is a professional Wife and Mother and she is bloody excellent at both. The rest of the family doesn't know how lucky they are.

Their kids have grown up, got jobs and moved out. Everyone is very proud of both daughters.

Some time in the long forgotten past, Gabriel changed the word spuds into spudooli's. The word has stuck with us ever since and potatos will never be the same again. There was some contention about the fact it was a Cooper engineered word by Brandon. However he was never able to provide documentary proof that there was prior art so his complaint was dismissed contemptuously. When it came time to buy a domain name for this website, all the other names had been taken of course, so Dave used Spudooli instead.

This website is hosted at their home, in the office, on the desk, without a fixed IP address.

The website is coded by Dave. It's a Python Flask application, of dubious quality, with data in MySQL. Typesense provides the search. All that runs on Ubuntu 22.04 LTS. The server is also incidentally Dave's desktop computer. That's right. Linux on the desktop and has been that way for since 2004.

HTTPS is provided by Let's Encrypt

This site was nominated for and then ultimately awarded the 2006 Photobloggie for "Best Australian / New Zealand Photoblog". Dave is immensly proud and honored to be listed on the same web page as those other real photoblogs. That link is about all the evidence that is left of the 2006 Photobloggies.

In May 2006 this photoblog managed to get as high as Number 10 on the Photoblogs.org Hot Photoblogs list. In Sept 2006, it briefly made postion 97, only to flicker back to insignificance not long after.

Also in May 2006, the photoblog was written about in the local community paper The Aucklander.

The website (in part) was the subject in an article in Tone Magazine (issue 52). In that article was the following quote:

Spudooli is a great photoblog. The photos are lovely observances of daily life, and the stories Dave tells show the person behind the pixels.
Derek Powazek, JPG Magazine

Get a load of them eggs. Derek Powazek, no less. 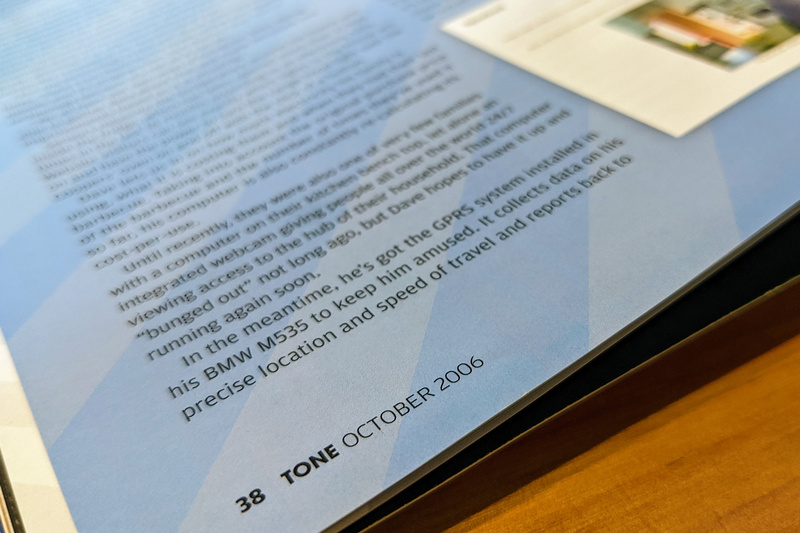