Bloody COVID Got Me 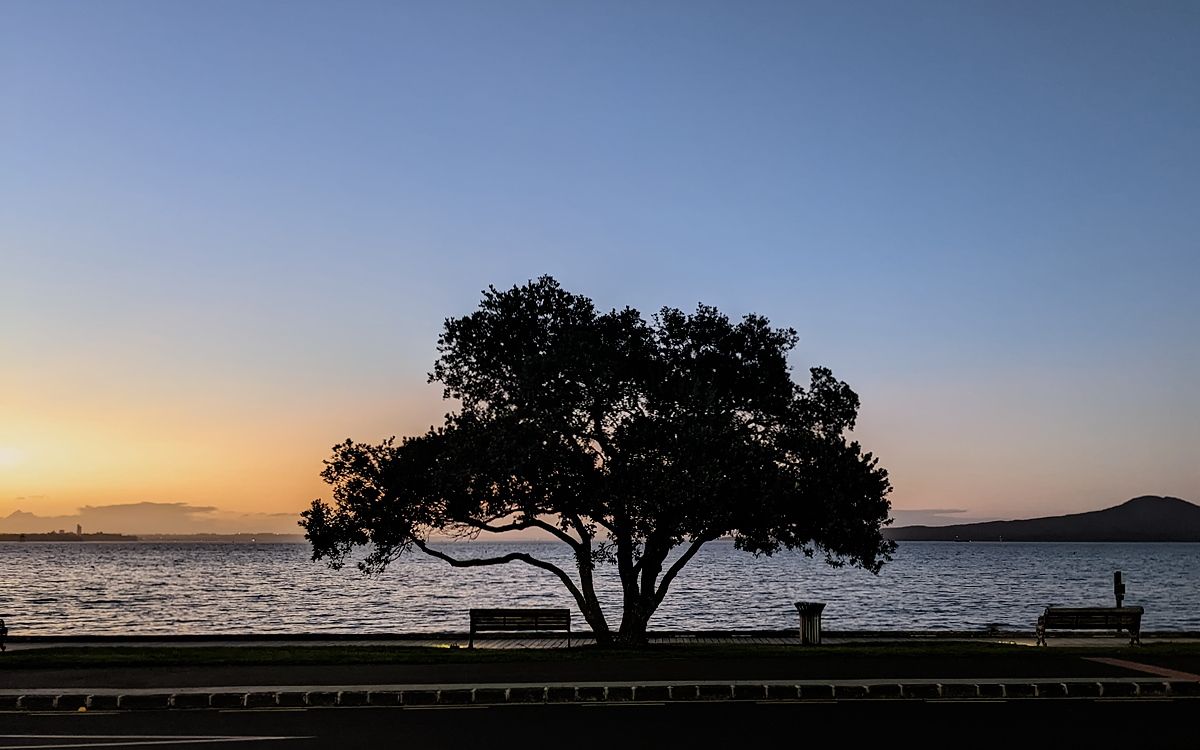 I have done basically nothing for two and a half years. I've been no where and avoided people as much as possible.

I don't like people at the best of times so having a handy excuse to not be near them for the last couple of years has really been pretty bloody great.

But even with basically being a hermit bloody the Boomer Remover disease still got me. I have no idea how I caught it but that explains why no posts for the last 3 weeks. While I was only really sick for about 3 days I didn't feel 100% for about 2 weeks so no going outside.

The week after next we're off on a road trip so there will be plenty of photo making. Wahoo!

The Photo
I was over at St Heliers last night visiting my optometrist and this was the view from their back lane.