Two cliche's for the price of one 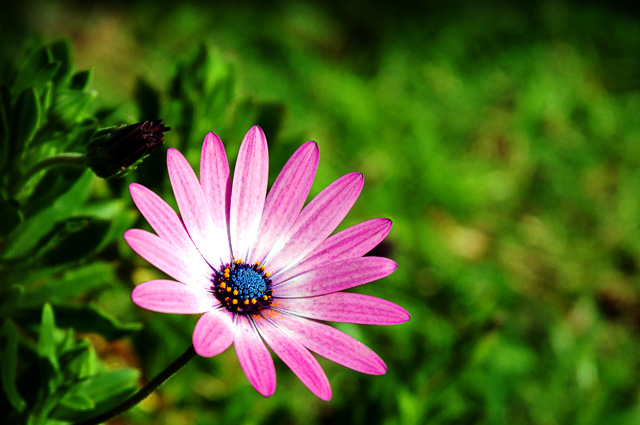 So many people are publishing photo's these days, that photos that used to be great are now lame and common. As Darren says, flowers and drops of water are cliched crap. To that I add sunsets, sunrises, water of any kind (lakes, the sea, rivers, puddles, glasses of water) children and bloody dogs are done to death. Although it's worth hanging out at Flickr's Interestingness page every day. It's one of the few things flickr is really great for.

So tonight I present my flower. Which is just like every flower everyone else has ever published.

Tonight over beers Karen was lusting after a Holga. But I'm so over film. I can't even bring myself to use the half a film thats still sitting in our F50. there could be some good photo's from the USA in there. Although there is just as likely to be crap, and I'll have to pay to find out.

So instead, I'll convert my thousands of dollars worth of exquisite electronic wizardry and magic into a really cheap camera with a potatoshop action. Here I present my second cliche for the night. I Jonah Lomo'd this photo to make it even more arty and creative.