So you think you're having a shit day? 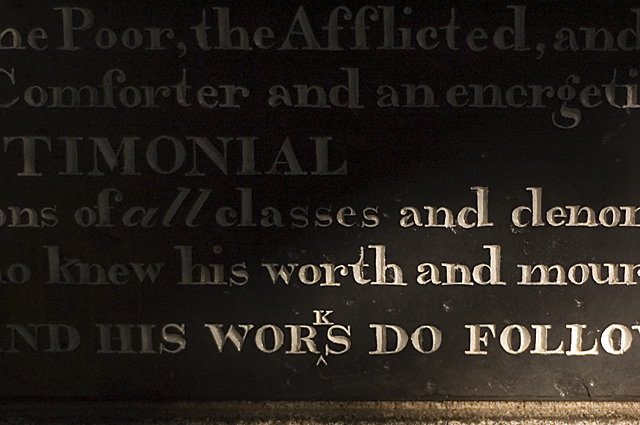 Imagine how this poor bugger feels. It's sometime in the early 1900s and he's probably carved this plaque by hand, took him all day/week, only to find that he's made a typo in the 4th to last word.

I realized today that I've been a bit of a dummy for the last few months. I've been putting the car in neutral and coasting down hills when ever it's safe to do so, thinking that I'm being a clever bugger saving gas. Well today while I was doing said coasting, I was fiddling with the on board computer only to be surprised by the fact that the car uses no petrol at all if I coast while in gear. Coasting while in neutral uses some petrol to maintain the idle of course.

I thought that because the engine is reving up around 2000 RPM while coasting in gear it'd be using more gas than down at 600 RPM while idling. But no. Obviously with the car in gear the wheels are turning the engine and there is no need for fuel. What a freakin dope I am for not testing properly.

If you want to see the typo in the photo for yourself, it's at the foot of the steps in the little park on Emily Place in Auckland City.