Watch out for the fences, they bite 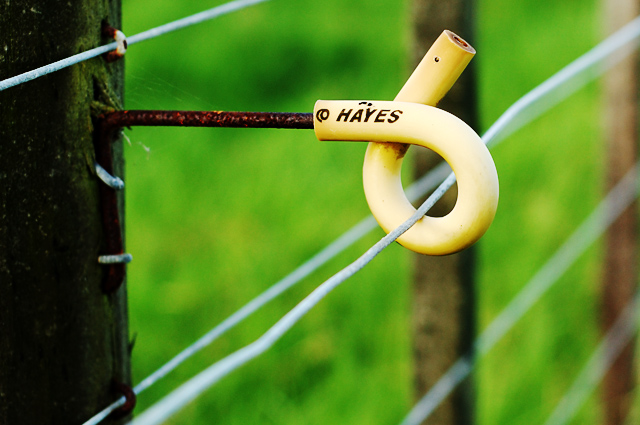 I bought myself a tripod yesterday and it has transformed my photography. I've read it meany times that a tripod is better bang for buck than another lens and now I'm a believer.


No one could ever accuse any of my photos of being sharp in the past. But now I don't have any excuses.


Late this afternoon tha family and I want for a wander through the northern end of Long Bay Regional Park. We walked up through the bush in the center of this map and ghen across the farm just to the north of it.


I hung back to get a photo of a tree (which will be published in the next few days) while Gabba and the Giblets walked ahead. I got my shot and then set off after them. As I approached, I heard a little squeal from Alice and then Gabba started laughing. They had been discussing whether the fence was electrified or not. Alice decided to find out the hard way. Yep, it was live.


In the lessons of life, there is another one learned for Ali.


Bloody hell I'm happy with the photos I've taken over the last 2 days. My hit rate is substantially better than it has been ever before. I'm still not a patch on most of the people reading this sentence, but I'm much happier with what I'm achieving for the moment.


UPDATE: Apparently, Sarah tested the fence first and got a shock, but then managed to sell the dummy to Alice who didn't believe that it was live. So Alice gave the fence a go too. A lesson for both of them then.