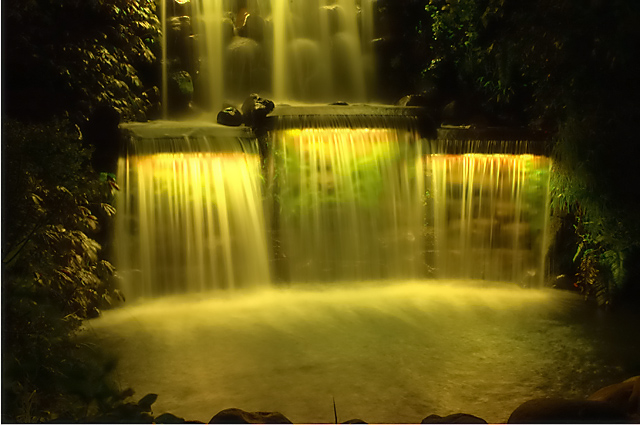 North Shore City Council is no better. It also sucks.

Last week we had a wander around downtown Wellington and it's a thoroughly nice place to be. Not only interesting shops and parks but there is great art and sculpture everywhere. Everything is clean and tidy and finished.

Even the public transport system is excellent. We had a ride on a trolley bus and took the cable car to the top of the hill. At the top, we looked through the excellent (and free) Cable Car Museum.

Then on Saturday we had occasion to walk around Wanganui's town center (it wasn't raining for the first time ever) and it was similarly a nice place to be. Monday we visited Puke Ariki in New Plymouth, which is also free, and it too was bloody spectacular. As I wrote last night, Pukekura Park is also well worth a visit.

By comparison, Auckland's Queen Street is a yucky hole. I can't think of a single redeeming feature of downtown North Shore City. Everytime I go to Wellington it occurs to me how short changed the people of Auckland or North Shore are compared to the residents of the Capital City. Bloody hell, even the people of Wanganui are better off and that's pretty sad (for us, not them and no disrespect for the fine folk living in Wanganui)

So what is it that those cities have that Auckland or North Shore or even any of the other Greater Auckland cities don't? Maybe they have proper leaders instead of megalomanic egomanic wankers? Maybe those other city councilors are working for the residents instead of working for themselves?

Tonight's photo is of the Waterfall at Pukekura Park. As an aside, the Da Vinci Machines were on display at Puke Ariki. If you get a chance to see them, go. They are are very cool. And it only cost $6!