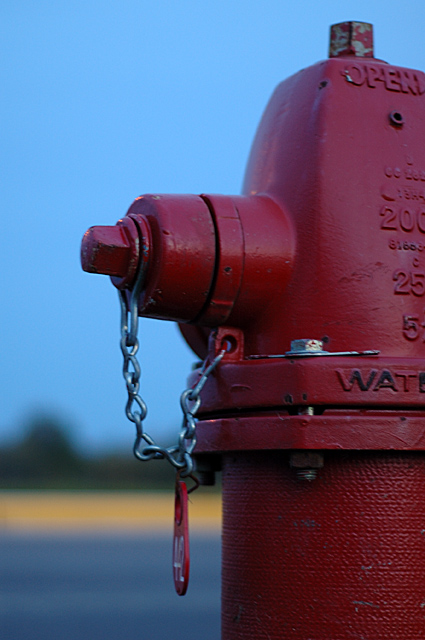 Milage is a term that the decimal system just doesn't seem to have an answer for. Kilometreage just doesn't cut it.

Similarly, we used to say "tape it" when we had a VCR, but what do we say now with a DVR? Last night when I was checking that Gabba had recorded Top Gear for me, I asked if she'd taped it for me. I thought when I said it that it sounded stupid. But she knew what I was on about.

How come Gabba and the giblets get dinner invites while I'm away? Especially from people that we don't normally visit for dinner. Either they are incapable of feeding themselves without me, or none of our friends actually want me in their houses.

I'm sitting here watching reruns of Seinfeld and Everybody Loves Raymond. If I time it right, by changing channels, I can watch nothing but those 2 programmes for the next 6 hours.

As Brad says, every dog's dream. And the first portrait photo published here in easily a year. Portrait seems wrong too given it's a fire hydrant and not a person.