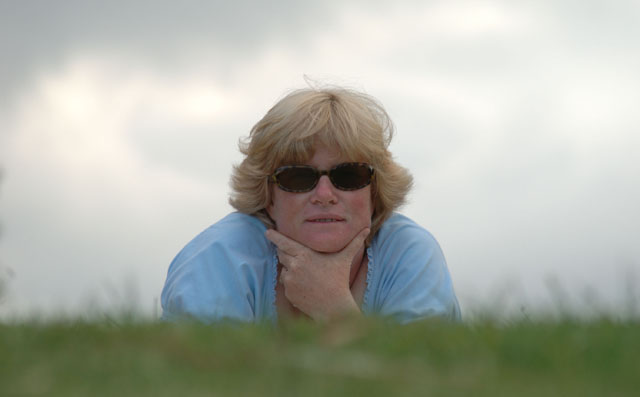 Spooky. Only 2 days ago I thought she was having an affair and now I find that the 1000th photo I took with our new camera was a photo of the cheating thing. There must be a message there somewhere.

Gabba's PC in the kitchen has sucked the kumara, so the webcam is offline until I get her another one.

On Thursday night I had a bit of a session with my MP3's straight after we got the kids in bed. I was having a great time with the stereo in the office turned up way load, playing my favorite songs. Part way through one song I got my "warning warning" that a new email had arrived for me. So I checked and it was from Gabba. She had emailed me to tell me to turn the music down. I laughed and thought what a geek she was, emailing me from across the house. Until I emailed her back, which of course makes me just as much a geek as her.

I added some new photo's of the kids in the 2005 photo album.