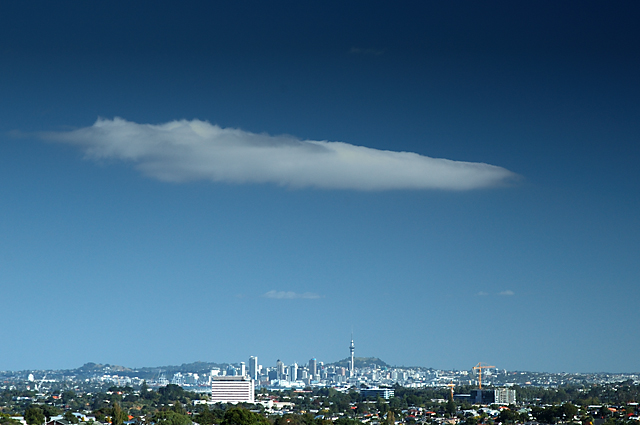 We've moved house. Actually we moved last Friday, but it took until now to get an Internet connection. It's been hell with no link to the internet. I've had to spend the time I normally spend you, with my family instead. Yikes!

Moving house was hell too. We'd lived in the last house for 6 years and over that time Gabba had sure collected some crap. This new address has virtually no storage. Which means all the stuff that had been hidden away is now stuck in various hallways waiting to go to some other sucker on Trade Me (a link for Lance). Gabba will be a professional Trader for a few weeks now that we have a link to the world.

We've also moved south. 10km further south in fact. There is a definite chill in the air this close to the South Pole.

The server that is running this website has been running continuously for the last 6 years 2 months. The only time it's been off has been during the odd electricity outage and when the disk failed last year. I was dreading turning it off and transporting it. I knew all the bits that have been spinning for years will stop and go cold. True to form, when I had carefully moved it and reassembled it in my office, the networking failed. It refused to connect to the LAN.

I have spent hours this week hacking at the damn thing. I replaced big chunks of it, I cursed, I swore and I even gave it a gentle rub down (that almost always works on Gabba, the rubbing, not the swearing) but still nothing. Bugger me if the problem wasn't the network cable. I'd tried about 3 others but just plugging in a new one tonight worked. So Ta Da, I'm back baby!

This is the view back to Auckland from just around the corner on my way home tonight. Being in a new house with new surroundings I'm feeling a little bit energized to go get some photo's.

Nova thanks for the email and the concern! Hopefully the above explains everything!