Hey kids, I'll buy you anything you want, even a Nintendo DS 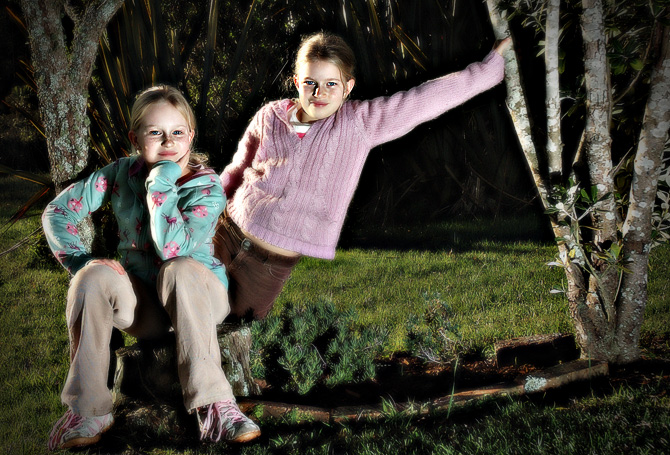 We've been trying to get the giblets to learn their times tables, (via various methods), so far with little success.

First we tried the carrot method where we rewarded the little buggers if they spent time learning them. Paid them money if they passed tests. Gave them treats if they showed they were learning. None of the carrot methods worked very well. And the constant praising was wearing me down. Modern parenting methods my arse.

So next we tried the stick method where we sat them down and forced them to learn them and thrashed them every time they got 7 x 8 wrong. After 4 consecutive nights thrashing the kids to within an inch of their little lives, I was getting weary of all the screaming.

Sarah wants a Nintendo DS. I have no idea why. This afternoon she was figuring out how she could save or earn the money for one. There was some talk of us paying her to do the dishes after dinner. She wanted 10 cents for every item she washed and dried. Like bloody hell.

But I had a new idea. I told her that I'd buy her a Nintendo thingamabob if she learned her times tables to my satisfaction. I'd also buy her all the games she could carry. With renewed vigor she was off learning the 9 times tables. Not to be outdone, I told Alice I'd buy her anything she wants if she does the same. She suggested a car. Sure thing love, do the math thing and I'll get you your own BMW!

The giblets after some potatoshop loving. They are cuter than they are good at math. So far!