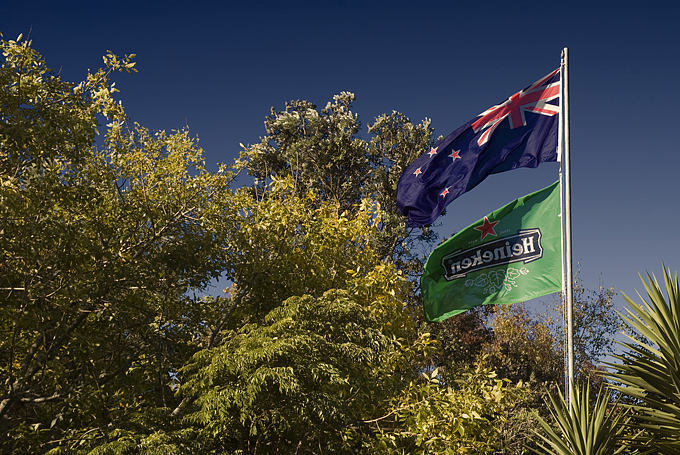 There was beer and lamb and BBQ and World Famous Chicken and pavlova. There was also way more kids that was usual at these events, but then we are all getting older, and kids is the way when you're older. But all the kids there were extremely well behaved, not to mention turning out like their parents. At some point they wanted the PS3 turned off so that they could watch Discovery Channel, weird geeks.

Briefly we were concerned that given the intense concentration of Auckland's best web geeks that we'd go critical or cause an LHC type black hole, but we moved slightly further apart and saved the world for destruction.

There wasn't Jason or Charlie or JHS or Jody and there wasn't a few others, for which we were sad about. But not for very long because that is the way of the geek.

Flying 2 flags on the flag pole with the wind coming from the wrong quarter.