I used juxtaposed in a sentence again 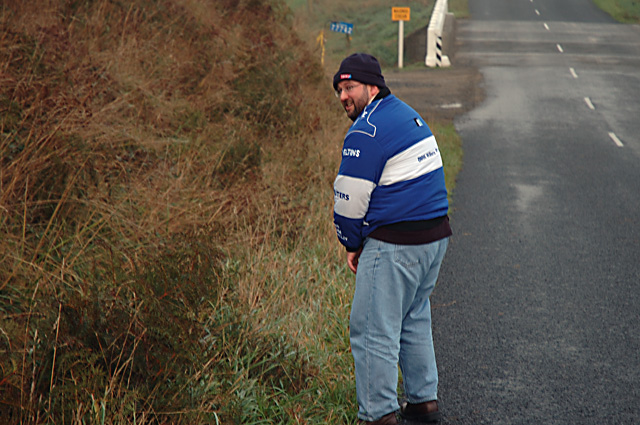 Rik and I had a day out watching Targa Tauranga on Saturday. We left at 5:00am, got home at 8:00pm and drove 700km in between around some spectacularly beautiful bits of New Zealand that you can't see from the main roads.

It was a day of reckless driving, the smell of oil and racing fuel and brakes, male bonding, cold bacon and egg pie, guys talking crap to each other, no woman or kids and far too much walking and standing near fat dumb pricks. It was a day of bad jokes, reading maps and not getting lost (despite Rik not knowing right from left) and chilly foggy cold and the disappointment of finding a crap place to watch mixed with the thrill of finding a really great spot and the superb peace and quiet of being bloody miles from anywhere at all juxtaposed against the scream of an engine pulling 7500 RPM and bouncing off the rev limiter and men peeing in the great outdoors with great abandon.

Unfortunately I managed to take shitloads of seriously crap photos. Even after I had removed the obviously useless photo's I was left with 46 that are so bad only 3 will ever see the light of day. Somehow I even managed to balls up the photo above with terrible composition and it's no where near being sharp.