What do women and noodles have in common?* 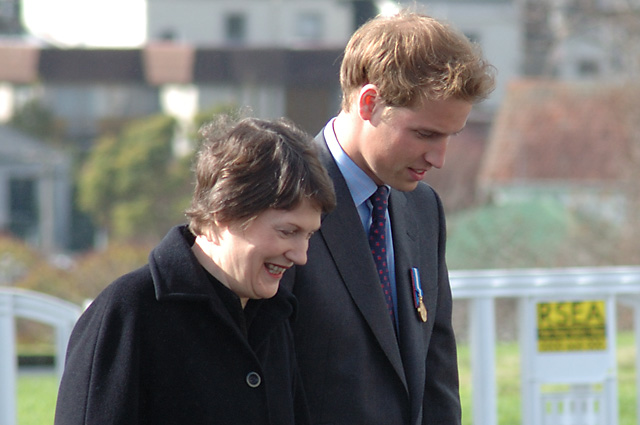 Prince William has just told Helen the "What do women and noodles have in common?" joke. She thinks it's hilarious but tells him it's perhaps a little inappropriate for such an occasion. William replies "Fuck it, I'm gonna be King and who cares what people think in the Antipodes". Helen grudgingly agrees with him, while idly thinking about noodles.

For the love of Mike, I couldn't think of anywhere to go over the weekend to get any photo's. In the end, in desperation, I took a drive into the Domain on sunday to see what I could see. I arrived just in time to see Prince William lay a wreath and for Helen to make a little speech. The cops were following around a couple of dodgy looking guys. One of them was wearing an NZ flag as a cape. The Union Jack had been replaced with a Silver Fern. He definately looked like the kind of nutter that the cops should keep an eye on too.

Oh, and my mother asked for a retraction or a clarification on my post from Friday. So, to be clear, it was only the idiot Reon and his skank girlfriend Jacqui Rollerson, and not the other side of the family, that had any psychological and/or IQ problems. Everyone else is relatively normal, myself included.

* Thanks to Rik for the noodle inspiration in tonights post.