I always have the wrong damn lens on the camera 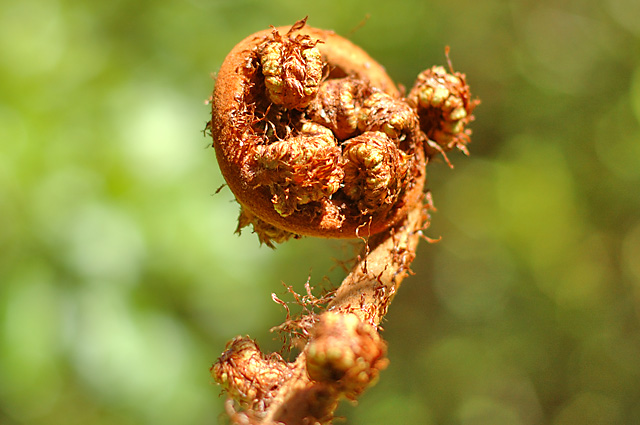 While I was out standing under the tree fern, a couple of Tui's landed in the Flame tree just above me and had a little bit of an argument. They were perfectly framed in the branches with the clear blue sky behind them. They were magnificent with the sun sparkling off their shiny feathers. They were about 6 metres away and what lens did I have on the camera? The 50mm f/1.8. I couldn't decide if I should take the shot and then try to zoom it with Potatoshop, or get the shot and be happy with a tiny subject.

So while I stood there marveling at how famous the photo would have made me if I were to only have a longer lens on the camera, they finished their little marital tiff and flew off. Their wings made that cool whooshing sound as they departed. Leaving me in my usual position of missing a fantastic capture, and just having a boring bit of vegetation to post.

I look at photoblogs all over the web and wonder how the hell some people managed to get such great photo's. It must be luck. How on earth else would you get a shot like this one or this one. There has to be luck involved to not only be at the right place at the right time with a camera and with the right lens on it.

This photo makes me snigger too.