There is always shoes at an accident 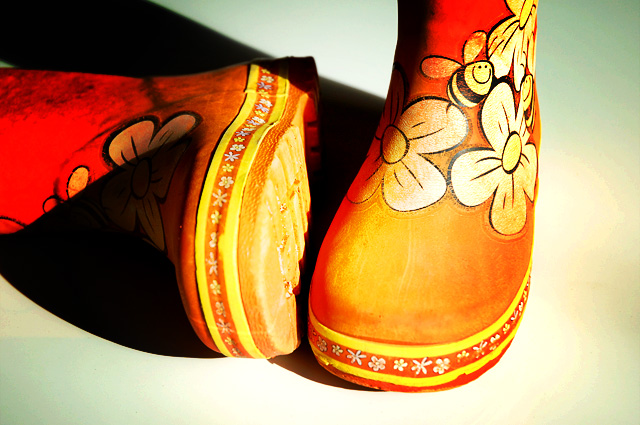 It's odd, but there is always shoes involved at accidents. When watching TV news footage of a hit and run, they always zoom in on the forlorn single shoe of the victim sitting on the road. It's as if they were hit so hard, that the person was lifted right out of their shoes. Which of course is exactly what did happen. I wonder what happens to those shoes though later? Who picks them up and what do they do to them?

I saw some footage on TV of a guy that had had a nose to tail on the motorway (freeway) and when he got out of his car to inspect the damage, he was hit by another car. He was propped up on the median barrier leaking blood everywhere, and his shoes were still under the car that hit him.

On Monday, there was a particularly graphic shot in the paper of that couple that got murdered in Tauranga over the weekend. I was fixated by his shoes. Perhaps only because that was the bit closest to the camera and the rest of him didn't bear thinking about (his injuries apparently mean they are going use his finger prints to identify him).

I guess that the old saying make sure your undies are clean because you might get hit by a bus is wrong. Perhaps you should have good shoes instead because thats what everyone is going to see when you get hit by the bus.

Kind of makes you wonder what happened to the people that own the shoes that are always washing up on the beach, doesn't it? What did they get hit by? Or perhaps those are the shoes that get picked up when people get hit by a bus. They get thrown in the ocean.

On a lighter note, this is the funniest thing on the Internet at the moment - Scott Adam's Blog. Subscribed!