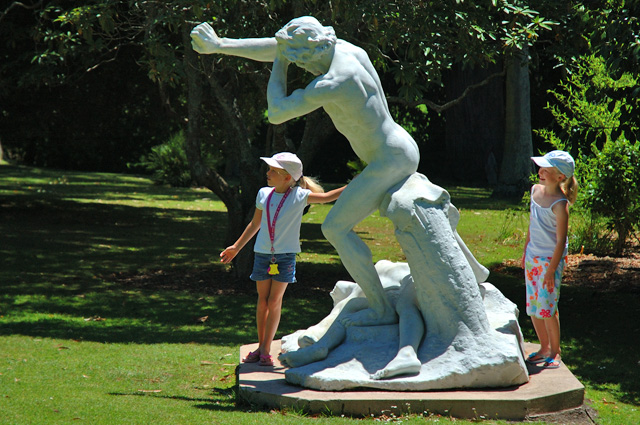 I've never really understood why there has never been rioting in the streets over the state of bacon in New Zealand. In fact, I think the same question could be made for meat in general in New Zealand. Tonight while I was cooking the bacon on the barbeque for our BLTs, I was reading the packet the bacon came in (I had nothing better to do). The second ingredient listed on the packet was water. What the hell does bacon need water for? I looked back at the soggy mess groaning on the hot plate and a little piece of me died inside.

Surely injecting meat with water must be somehow illegal. They are artificially increasing the weight of the meat. I wonder what would happen if someone was add water to beer or wine? why have we put up with them doing it for so long? I've never heard a whimper from the media about it.

Bloody hell I'd love to figure out how to whip the general unwashed populous into a frenzy over this one thing.

I don't now what the kids were doing to that statue. But they have suddenly become aware that statues generally have bare willys hanging out. Of course that begs the question why statues have to have willys. I wonder if it's just "that kind of person" that carves them all?