Is This a Kiwi Gannet? 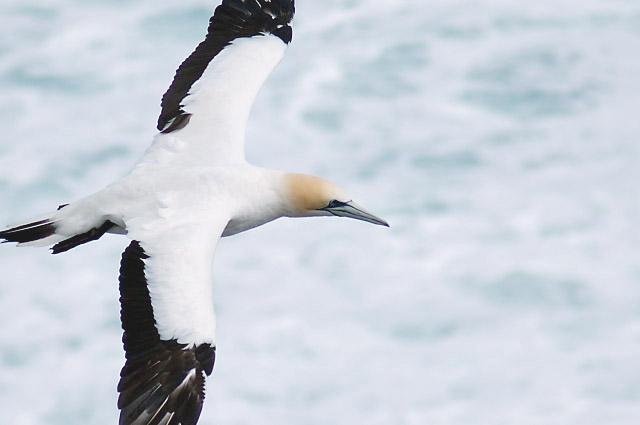 I spent the whole of the Easter weekend in the house until today. we took a trip out to Muriwai to the beach and to see the Gannet colony (or connelly as Gabba accidentally called it last week). Alice wasn't that keen on the place because it smelled, and then of course part way through, she needed a wee wee as always. It was a blustery day and the gannets were making full use of the wind swooping all over the place. Curiously there was sod all gannets around.

After visiting the colony, we headed down to the beach, where the kids had a swim in the surf. Not for very long though as the water was chilly and the wind strong, but they had a great time.

while at the beach I noticed that there was hardly any what we might call typical Kiwi's. There were hundreds of Asian folk, dozens and dozens of Indian people (that were all dressed in their Sunday best which was odd as they were at the beach) and lots of people that looked to be of middle eastern descent. It's quite possible that they are all kiwi's of course, but there wasn't much english (or New Zealand as Ali would say) being spoken anywhere. I wonder where the hell all the normal Kiwi's are.

As we were pulling out of our parking space, a guy approached me to tell me the tow hook cover was dangling off the front of the car (I'd hit a wooden thing and knocked it loose). He pushed it back on for me as I got out of the car. Despite the guy looking like a normal Kiwi, he was a pom! He commented as I got back in the car "Nice mo'er" without pronouncing the t just like something out of Coronation Street.