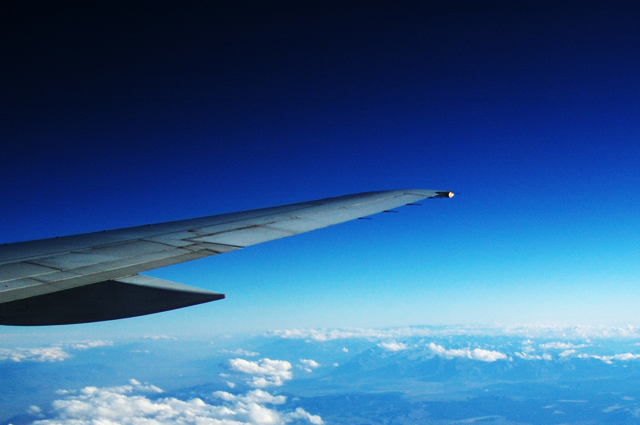 I'm here, I've arrived. For the next 3 weeks I'm in Madison, Wisconsin. The 4 airports and 24 hours travelling was a little gruelling. Especially the sprint down Denver International airport (which is bloody long, let me tell you) to catch my connecting flight. For an unfit bastard carrying 15kg of laptop and camera, it just about killed me.

The checkin-counter guy at Air New Zealand in Auckland complained that my laptop bag was 8.2kg when it was only allowed to be 7kg. He asked me to take something out and put it in my camera bag (yeah, good luck with that) or into my checked luggage. I rapidly did a quick check of the contents to find something that would remove 1.2kg without causing grief and couldn't think of anything. So in the end I just removed my book and put it on top of my camera bag and he seemed happy. Jeez. So much for the thought of buying a combined laptop and camera bag. There's no way I could travel with it.

It's good to be here though. Everything looks the same as it was when we left in January 2005. The weather is perfect as usual, there is virtually no traffic on the road, and the people here are all as friendly as you could like.

It's the wing of the 757-200 on the San Fransisco to Denver leg. There was no beautiful sunset to photograph, we were heading in the wrong direction. But at least I've got that cliched photo out of the way now and can move on to other cliched shots of fall.