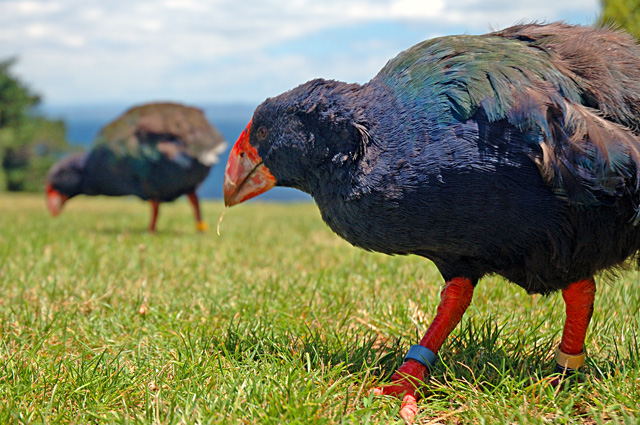 One of the chicks in the office has decided that Kiwi guys are not exotic enough for her (apparently we're all a bit rough around the edges, personally I think that's our charm), so she's started chasing a French guy. As a result, she has started learning French. She came to work with her phrase book and was regaling us with her new language skills.

The phrase book is helpfully laid out in the kind of order that you'd expect to need each phrase. How to get from the airport is followed by what to say in the hotel. Then comes a section on how to order a meal and then how to order a drink in a bar. Then a section on small talk with other bar patrons. Moving forward, the relationship section is definitely amusing when you string all the sentences together.

I like that - J'iime ca (oh yeah, that's the spot right there)

All pretty standard stuff so far. Although having to reach for the book to get the next instruction may be a bit of a turn off, but I reckon even I could cope with a French babe up to here.

Next comes the words for faster, harder, slower and softer. Good stuff, I was needing them right about now.

The next bit starts to get very reminiscent of duckjob.wav

That's great - C'est sensationel (Yeah, that's what I was thinking too)

Easy Tiger - Vas-y mollo (I dunno about you but I've never need that phrase right about here. On the other hand, I'm not French so maybe I'm doing something wrong)

After that torrid start to the relationship the next sections of the book deal with love, moving in together, then marriage, relationship problems and finally what to say during the breakup. A life lived in less than 50 pages of a phrase book.

A Takahe. I've read that it takes at least 3 attempts to get a great Tui shot. A Takahe is also a native bird of New Zealand so perhaps the 3 shot rule applies here too.