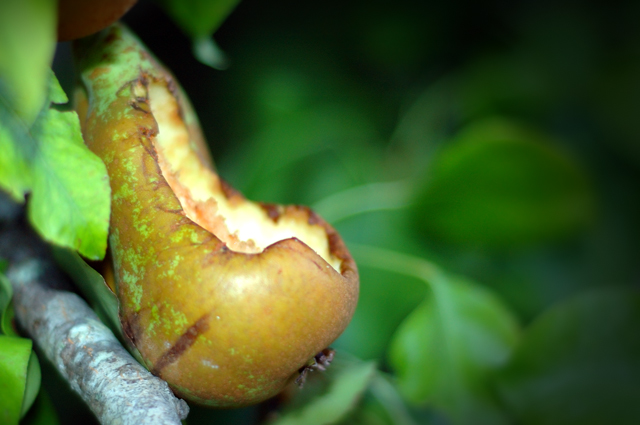 Anyways, there was a queue in front of the pie warmer, so I stood patiently and waited. After about 45 seconds, I had switched off and was vacantly looking at the lino on the floor thinking my thoughts. While thinking about nothing in particular, it occurred to me that the guy standing in line in front of me had freakin massive calves. His calf muscles where easily bigger than my thighs. In fact, I wagered to myself, I bet those damn calves are bigger than my body.

My eyes traveled up to see who it was that owned such massive stumps of legs. Bloody hell he was one huge mother. Enormous shoulders that just seemed to flow straight into his head. Definitely no neck.

While I was contemplating where his head started and his shoulders stopped, he turned to me to apologize for taking so long. I told him it was no problem, I wasn't going to starve to death and there was no pressure to hurry up. Besides which, if it was a problem, I bet he could have squashed me with one of those giant steak hands.

He went on to tell me that normally 3 pies was enough for lunch but today he felt like a 4th and couldn't make up his mind which flavor it was going to be.

I got half way thinking what a fat bastard he was when I decided it'd be better not to think that, just in case I said it out loud.

Gabba and the kids were stealing pears from the old biddy next door's pear tree. This despite the fact she is now in hospital, near death no doubt. I thought what the hell, I haven't taken a photo in 4 weeks. So it's a pear that the birds got to before the thieving family could.