You should see where I am. NZ is just beautiful 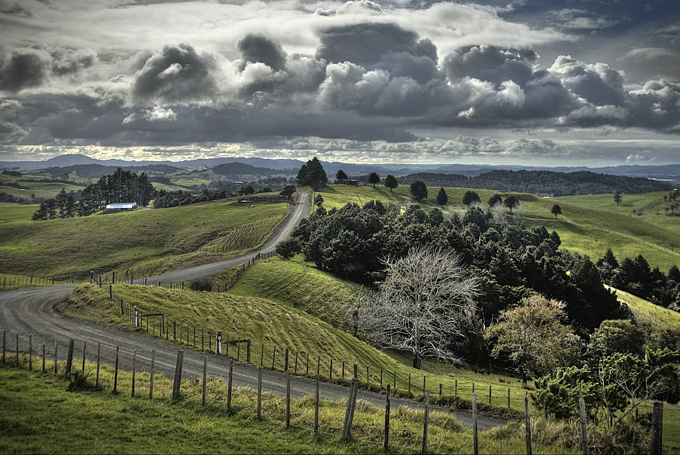 Yesterday we went out to watch NAC Insurance International Rally of Whangarei, which is a round of the Asia Pacific Rally Championship.

Typically for watching a rally, it was bloody freezing cold. But the benefits of getting to parts of New Zealand that most people would never see more than makes up for the cold. I've stood in dozens of magnificent places around New Zealand, normally with my arse frozen right off, while waiting for rally cars. Photos can never capture the feelings while on a hill, looking out over a spectacular view, while trying to avoid sitting in cow shit. Magic.

The fact that there was 8km of wide smooth gravel road to be savoured on the drive back out to he main road was frosting on the cake. Nothing beats power-sliding the BMW out of corners without the wife frowning at me from the passenger seat, because she wasn't there.

It wasn't until I got home that I realized a panoramic photo would have been the business to capture the scene. I guess you just had to be there with us to enjoy this view.

The road is Special Stage 5. The map shows you about where we where if you want to go stand there yourself for a supreme feeling of happiness and contentedness.