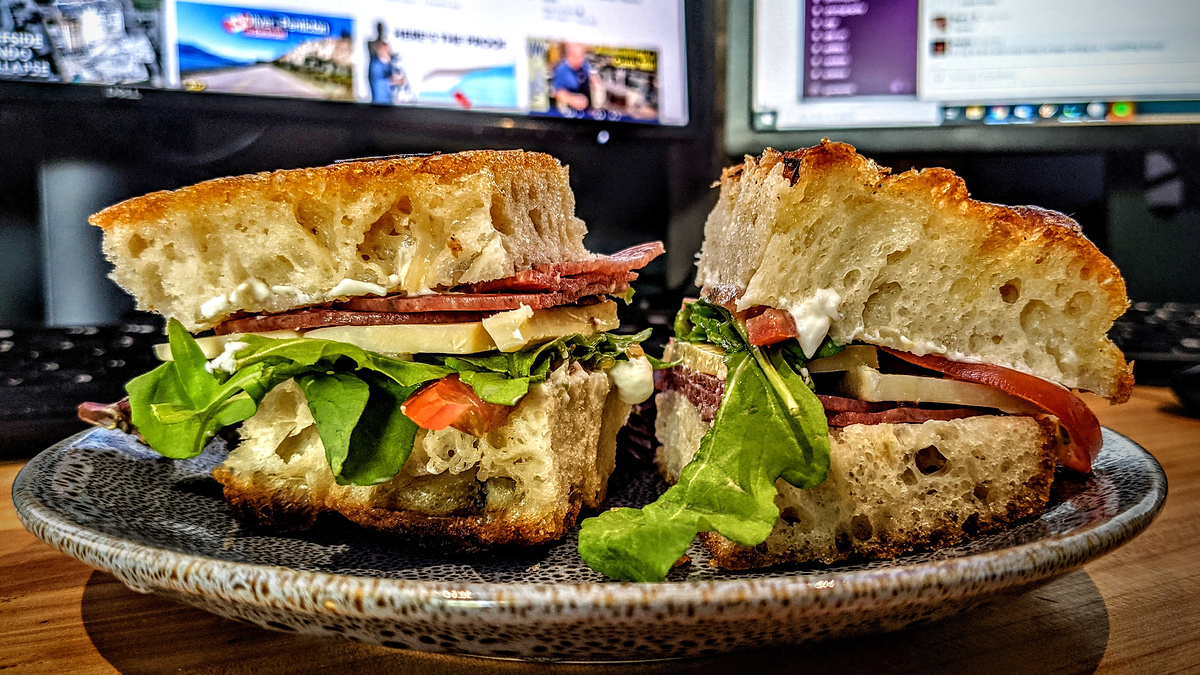 I've started reading Sam Hunt's Knucklebones - Poems 1962- 2012. I think this is my 3rd time through that particular book of Sam's songs. (I've heard him refer to his poems as songs so many times). It takes a dozen or more poems in before I start to get into hearing in my head how Sam would recite them and then they really start to sing to me

I'm going to endeavour to not denigrate his work here, and excuse me if it appears that way, I do not mean it. But every now and then, a poem stands out as if he'd written it almost immediately after some minor event happened. It seems kind of like how I used to blog, I guess. A thought would come to me on the drive home from work and I'd write about it. Sam does the same thing but with his poetry.

There is one particular poem, that I cannot find right now, (I will get to it and update this post later) where he has had an interaction with a checkout operator at the supermarket and so he writes a poem about it. Possibly even on the way home from the supermarket, he's got the words coming to him, he writes it down, I imagine while drinking a glass of red wine. And that minor interaction makes it into a book and I read about it. Not that Sam would need to read those words again given he remembers all his songs, but that particular poem will no doubt remind him of that tiny interaction at a supermarket. Much like my old blog posts remind me what I was doing 13 years ago. Which I have had to read again as I don't remember most of them.

The Photo
It seems lately that the best photos I have are ones taken with my phone, rather than my camera. So here is me mining the phone for a post, again. I still fondly remember this sandwich, it was so good. Bread made by the smallest daughter, filled by Gabba.