Me and Gabba suffer a virus for New Years Eve 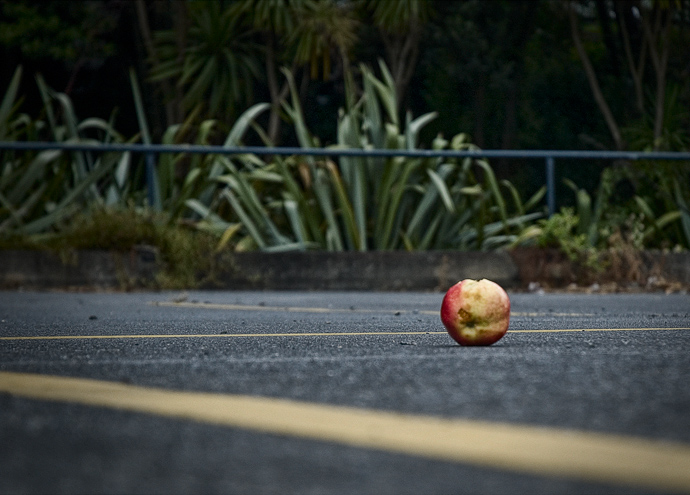 This post was written on New Years Day. I didn't have a photo to post then. It's arguable that I still don't today, but here is my story anyway. Just pretend that you are reading it almost a month ago.

Gabba has been sick with some sort of virus for a week. She even lost her voice for a few days. Which was ok by us. So she bailed on the New Year's Eve party and the rest of us didn't have to go.

I was not unhappy with that. I hate crowds at the best of time, so forced socializing at New Year is something I dread.

But I unfortunately suffered my own virus on New Year's Eve anyway.

I thought I would resurrect an old project that I had fiddled with about 8 or 9 years ago. I needed a small application that has long disappeared off the internets and that I couldn't find on any of the floppy disks I have laying about. So I fired up eMule to see who might be sharing it.

I found a copy that about 40 people was sharing and thought I'd be pretty safe with that. It downloaded in about 10 seconds, extracted it and double-clicked the little bugger to run him.

Nothing happened other than a lot of disk thrashing. I knew I'd just made a biiiiig mistake.

I'm not one for Anti-Virus software. I think Nortons is the biggest time wasting, CPU and memory consuming fucked up piece of software (virus) in existence.

The virus I had just installed immediately deleted SpyBot and ZoneAlarm and Ad Aware. They were gone and they plain refused to reinstall. IE wouldn't start up and I'll be buggered if I was going to use that bloody Firefox to use the web. Gerald only knows what else it was doing, hopefully spamming lot's of people to tell them they had little penis' (penii?).

After about 4 minutes of considering my options, I opened the top draw in my desk and pulled out my XP CD.

This PC has been running continuously since mid 2003. The longest it's been switched off was for about 4 hours when we moved house back in March 2007. It'll happily run months without a reboot. It even ran on it's own for 6 months here in the house on it's own while we were living in the USA. Knock on wood, it's been a reliable little bewdy. This was the first time it was going to be reinstalled.

This is also the first ever computer virus I have ever had. And I've never ever run any anti virus software ever. I've never felt the need. And even now that I've had a virus, I still won't be buying or running Nortons on my PC. I reckon I'm still in credit for time and CPU cycles and aggravation despite catching a virus.

It took me about 6 hours to move all my unprocessed photos etc off it, format the the disk and reload XP, download all the OS updates and then download and/or install the 55 (I counted them) applications and utilities and crap I use on a regular basis.

I finished and was happy at 11:50pm, just in time to count down to midnight with the family. Which was bloody lucky because the electricity went out here at 12:02am.

Happy New year all you buggers!

It's an apple that was sitting in the parking lot at a meeting I had today. I had nothing to do for 15 minutes while I waiting for Surfarama to arrive. Yes the apple is just out of the focus point, but I didn't want to lay on the ground on the ground to get it right.