Cavorting babes on the holodeck 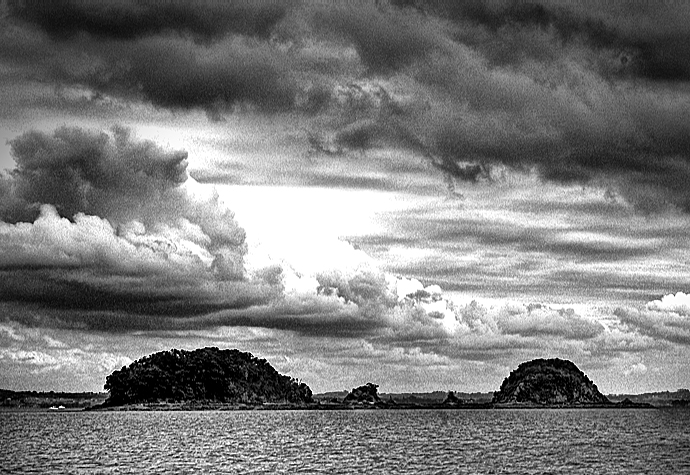 This was written about 3 months ago, it has lost it's "nowness", however, I've thunk it, written it and edited it. Now you must read it.

We were watching Piha Rescue on TV last night, when a large man was saved from drowning in the surf. As he was telling us how scared he was, Sarah declared that she didn't think much of his man boobs. I corrected her nomenclature to "moobs". She tried moobs out a couple of times and liked what she was hearing. I said they weren't as impressive as her momma's boobs. Mmmmmm, boobs.

Then I had the thought that we call Sarah a goober regularly, A term of affection in our family, and she's starting to grow, so to speak. If the guy on TV had moobs, and Gabba has boobs then logically Sarah has Goobs = growing boobs.

Bloody hell, it must suck big time to be a kid though these days.

Sarah has some homework tonight that she has to pretend she is a Space Resort Architect. She has to imagine she is designing a space resort on Jupiter (yeah, we all know that doesn't work, but it's the homework, what can you do?). We'll leave aside the instruction that she is working for an "intergalactic" tourism company when Jupiter is hardly intergalactic.

Anyway, she's planned a nice resort on graph paper. It includes a dining hall and conference center and theatres of various kinds and an oxygen room (yeah, I don't know either) and space style arboretums for that earthy feel.

I was looking at her design, thinking, what we need here is a holodeck. I was thinking of all the cool programs I'd run if I had a decent sized holodeck. Cavorting (bloody hell that's a good word when related to blondes) blondes, beaches with cavorting babes, pools filled with small plastic balls and frollicking (another good word when it comes to women) women. I hadn't even got to the jelly part, when Saarah asked me what a holodeck was.

We've just got back from 3 days sailing. The weather wasn't conducive to sailing or exploring, however it was most pleasant bobbing about on the end of the anchor for 3 days. It's the view out the back of the cockpit after 3 beers and some wine at Putaki Bay, Waiheke. If you are family and want to see holiday snaps, there is more here