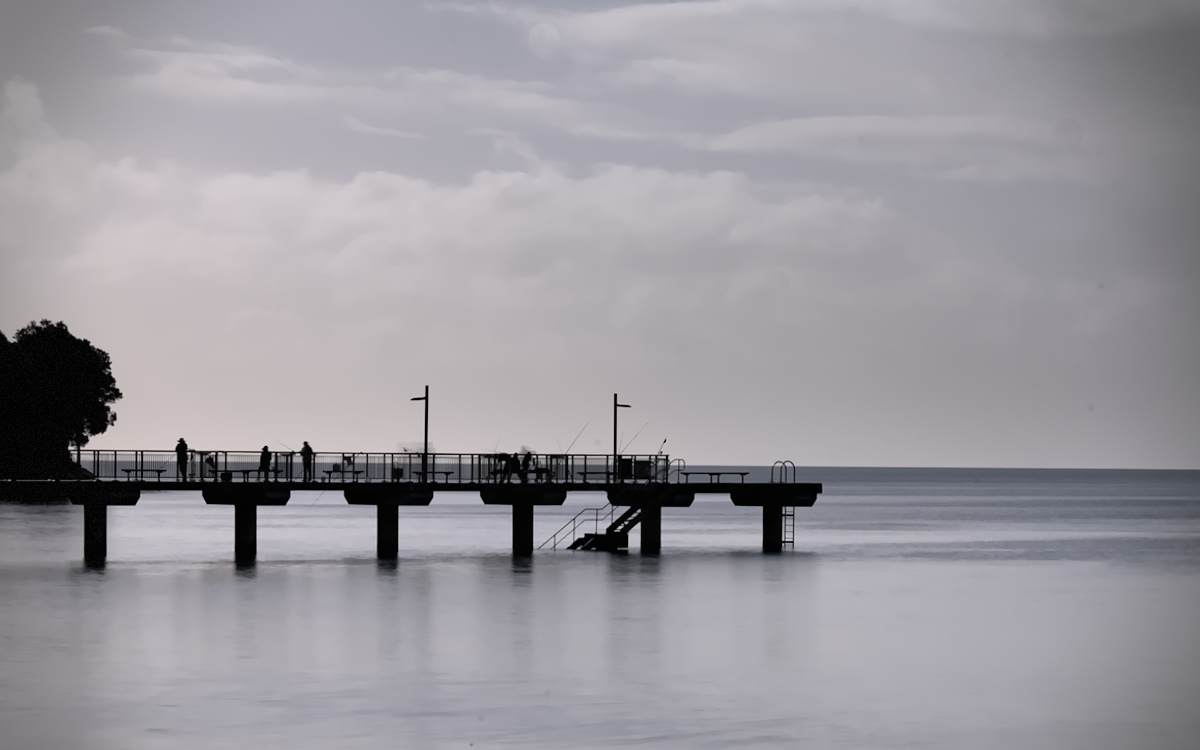 I went out this morning on a photo mission and in between the rain showers I got a dozen photos that inform me what I'm doing wrong. So I still don't have the getting it right bit yet but I think I'm a little closer than I was earlier today. Will try going out again later when the sun has moved around a bit.

The Photo
It's Murrays Bay jetty which has had quite the make over since the last time I photographed it back in November 2006.

I had in mind long exposure shots with the 10 stop ND filter on the camera. But while I was doing that, people kept stopping by to ask if I'd got good photos of the dolphins that had apparently swum by earlier. Nope. No dolphins, but I got the shot I had in mind when I went out. So that is something.